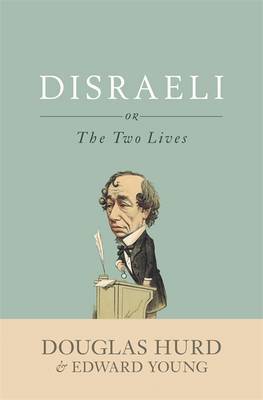 Benjamin Disraeli is one of the most fascinating men of the 19th century. A superb politician, orator, writer and wit, he was the most gifted parliamentarian of his time, who rose to become Prime Minister (twice), despite prevailing anti-Semitic attitudes. Yet Disraeli had never intended to be a politician: his early life was led in pursuit of pleasure as he struggled to find an occupation that would best suit his energy, keen intelligence, wit and insatiable appetite for public attention. He gradually built up an income from writing, churning out pamphlets, press articles, verse dramas and romantic novels. A conspicuous dandy, sprightly, attentive and witty, he was attractive to women. He had at least one passionate affair with a beautiful married woman, Henrietta Sykes. Later he fell in love with Mary Ann, an eccentric widow twelve years his senior, whom he had already married for her wealth. Douglas Hurd examines the paradox at the centre of Disraeli's life. He became a passionately ambitious politician, intriguing and manoeuvring with a skill unmatched in his generation, choosing whatever tactics and relationships might bring him to 'the top of the greasy pole'. Yet, at the same time, Disraeli developed an ideology to which he was devoted and which he continued to refine throughout his life. Only rarely, however, did he let his ideas get in the way of his politics. Bringing together the personal and political, Hurd's biography will become the definitive account of an exceptional life.

A reappraisal of the life of the most celebrated and colourful 19th-century politician.

Former diplomat, private secretary to Edward Heath (as Ldr of the Opposition and as PM); MP 1974-97. Served Margaret Thatcher as Secretary of State for Northern Ireland, as Home Secretary and as Foreign Secretary. As a writer is the (co-)author of many thrillers including IMAGE IN THE WATER, his MEMOIRS in 2003 and other non-fiction titles. Edward Young gained a first-class degree in history from Clare College, Cambridge, and won a Mellon Scholarship to Yale where he studied history and international relations as part of the Grand Strategy Program. He has since worked as a speechwriter for David Cameron and as Chief of Staff to the Conservative Party Chairman. He currently works at Brunswick Group LLC. Disraeli is Edward's third book in collaboration with Lord Hurd, having worked as a research assistant for his biography of Sir Robert Peel, and co-authoring Choose Your Weapons, a history of British foreign policy.