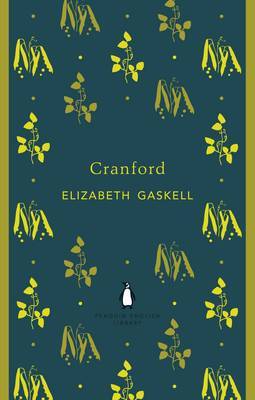 'Just at this moment he passed us on the stairs, making such a graceful bow, in reply to which I dropped a curtsey - all foreigners have such polite manners, one catches something of it'. "Cranford" is an affectionate and often moving portrait of genteel poverty and intertwined lives in a nineteenth-century village. One of Elizabeth Gaskell's most beloved works, it centres on a community dominated by women and governed by old-fashioned ways. The formidable Miss Deborah Jenkyns and the kindly Miss Matty's days revolve around card games, tea, thriftiness and an endless appetite for scandal, until change comes into their world - whether it is the modern ideas of Captain Brown, a bank collapse, rumours of burglars or an unexpected reappearance from the past. This is the Penguin English Library - 100 editions of the best fiction in English, from the eighteenth century and the very first novels to the beginning of the First World War.

Elizabeth Gaskell (1810-65) moved from the London of her childhood to Knutsford, on which the fictional town of Cranford is modelled, and later Manchester. Writer of six novels, numerous shorter works and the biography of her great friend Charlotte Bronte, Gaskell was at first published anonymously but later in her own name. Much of her work was serialised in Charles Dickens's widely-read literary weekly, Household Words. Gaskell's other novels Mary Barton, North and South and Wives and Daughters are also published in the Penguin English Library.