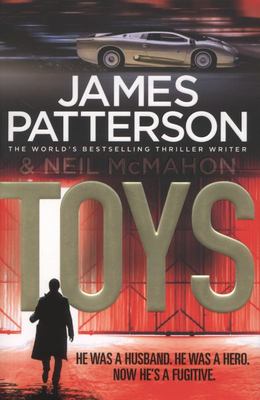 "Hays Baker and his wife Lizbeth possess super-human strength, extraordinary intelligence, stunning looks, a sex life to die for, and two beautiful children. Of course they do they're Elites, endowed at birth with the very best that the world can offer. The only problem in their perfect world- humans and their toys! The one with the most toys dies The top operative for the Agency of Change, Hays has just won the fiercest battle of his career. He has been praised by the President, and is a national hero. But before he can savour his triumph, he receives an unbelievable shock that overturns everything he thought was true. Suddenly Hays is on the other side of the gun, forced to leave his perfect family and fight for his life. Now a hunted fugitive, Hays is thrown into an existence he never dreamed possible fighting to save humans everywhere from extinction. He enlists all of his training to uncover the truth that could save millions of lives maybe even his own."

A battle for the world is set into unstoppable motion and Hays Baker is the only one who can save it.

JAMES PATTERSON is one of the best-known and biggest-selling writers of all time. He is the author of some of the most popular series of the past decade - the Alex Cross, Women's Murder Club and Detective Michael Bennett novels - and he has written many other number one bestsellers including romance novels and stand-alone thrillers. He lives in Florida with his wife and son. James is passionate about encouraging children to read. Inspired by his own son who was a reluctant reader, he also writes a range of books specifically for young readers. James has formed a partnership with the National Literacy Trust, an independent, UK-based charity that changes lives through literacy. In 2010, he was voted Author of the Year at the Children's Choice Book Awards in New York.