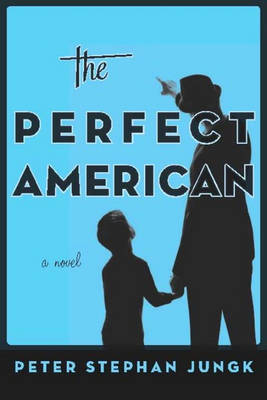 The Perfect American: A Novel

The Perfect American is a fictionalised biography of Walt Disney's final months as narrated by Willhelm Dantine, an Austrian cartoonist who worked for Disney in the 40s and 50s illustrating sequences for Sleeping Beauty. It is also the story of Dantine himself, who desperately seeks Disney's recognition at the risk of his own ruin. Dantine follows Disney's trail to capture what makes Walt tick; he wants readers to grasp what it is like to live and breathe around the man who thought of himself as more famous than Santa Claus.

Peter Stephan Jungk
Peter Stephan Jungk was born in Los Angeles, raised in several European cities, and now lives in Paris. A former screenwriting fellow of the American Film Institute, he is the author of eight books, including the acclaimed biography "Franz Werfel: A Life from Prague to Hollywood" (1990) and the novels "Tigor" (Handsel Books, 2004), a finalist for the British Foreign Book Award, and "The Perfect American" (Handsel Books, 2004), a fictional biography of Walt Disney's last months, which had its premiere as an opera by Philip Glass at Madrid's Teatro Real in January 2013.

Michael Hofmann
Michael Hofmann has translated Bertolt Brecht, Joseph Roth, Patrick S, Herta Mueller, and Franz Kafka. He won the Translators' Association's Schlegel-Tieck Prize twice in 1988 for his adaptation of "The Double Bass" by Patrick S (1987), and in 1993 for his rendering of Wolfgang Koeppen's "Death in Rome" (1992). In 1999 he won the PEN/Book of the Month Club Translation Prize for "The String of Pearls." His translation of his father's novel "The Film Explainer," by Gert Hofmann, won the Independent Foreign Fiction Prize in 1995. He has written and translated more than 35 books, winning eight awards for his translations and his poetry.